Corporations have existed since the beginning of trade. From small beginnings they assumed their modern form in the 17th and 18th centuries with the emergence of large, European-based enterprises, such as the British East India Company. During this period of colonization, multinational companies were seen as agents of civilization and played a pivotal role in the economic development of Asia, South America, and Africa. By the end of the 19th century, advances in communications had linked world markets more closely, and multinational corporations were widely regarded as instruments of global relations through commercial ties. While international trade was interrupted by two world wars in the first half of the twentieth century, an even more closely bound world economy emerged in the aftermath of this period of conflict.

Over the last 20 years, the perception of corporations has changed. As they grew in power and visibility, they came to be viewed in more ambivalent terms by both governments and consumers. Almost everywhere in the world, there is a growing suspicion that they are not sufficiently attuned to the economic well-being of the communities and regions they operate in and that they seek to exploit their growing power in relation to national government agencies, international trade federations and organizations, and local, national, and international labor organizations.

The rising awareness of the changing balance between corporate power and society is one factor explaining the growing interest in the subject of corporate governance. Once largely ignored or viewed as a legal formality of interest mainly to top executives, boards, and lawyers, corporate governance for some time now has been a subject of growing concern to social reformers, shareholder activists, legislators and regulatory agencies, business leaders, and the popular press. 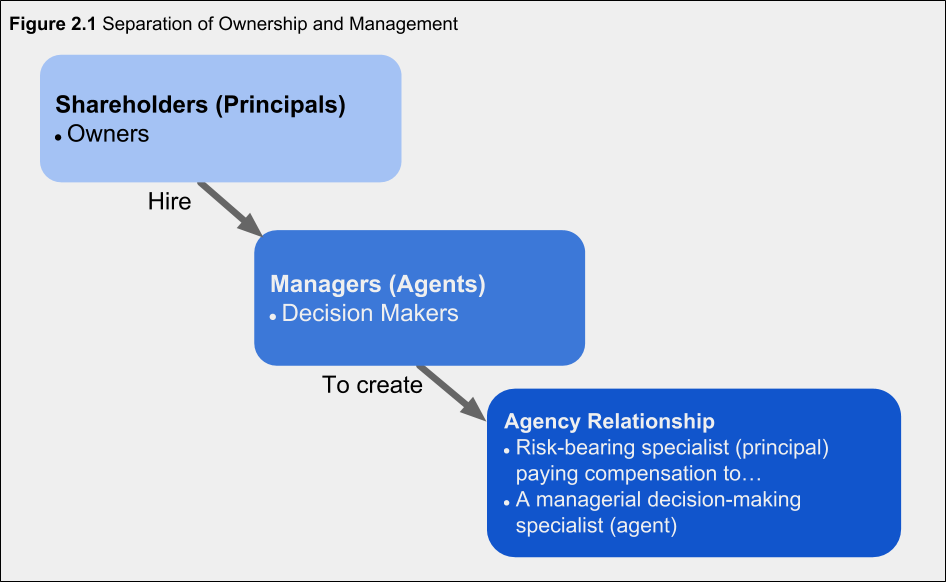 Shareholders, increasingly upset about outsized executive compensation deals and other governance issues, argue that too many boards are beholden to management and neglect shareholder interests. CEOs complain that having to play the “Wall Street expectations” game distracts them from the “real” strategic issues and erodes their company’s’ long-term competitiveness. Employees worry about the impact of management practices, such as offshoring and outsourcing on pay, advancement opportunity, and job security. Meanwhile, outside stakeholders, focused on issues such as global warming and sustainability, are pressing for limits on corporate activity in areas like the harvesting of natural resources, energy use, and waste disposal. Increasingly, they are joined by civic leaders concerned by the continuing erosion of key societal values or threats to the health of their communities.

WeWork, a company that provides shared office spaces, has recently dominated financial news headlines with its intention to make an IPO. Despite their failing business model, WeWork’s CEO Adam Neumann will leave the company, receiving 1.7 billion dollars as part of a bailout agreement. This article illuminates how companies struggle with the balance of spending exorbitant amounts for CEO vision or risk losing their leadership to competitors. There is an emphasis on potential foul play within corporate governance and how U.S law can help avoid such malpractice.

Behind these concerns lie a number of fundamental questions. Who “owns” a corporation? What constitutes “good” governance? What are a company’s responsibilities? To shareholders? To other stakeholders, such as employees, suppliers, creditors, and society at large? How did Wall Street acquire so much power? And, critically, what are the roles and responsibilities of boards of directors?

Example 2.4 – Governance and the Board of Directors

WeWork, a new real estate based startup seeking to go public, has come under heavy scrutiny lately due to governance issues. Institutions and activist shareholders have noted poor ethical behavior by management, internal conflicts of interest, and a weak board of directors without a single female board member. Analysts have noted that increasing losses have led investors to question the company’s governance system. As a result, the company’s valuation has been slashed from $47 billion to $10 billion ahead of the company’s planned IPO.