Phylogeny: interrelationships of organisms based on evolution

Systematics: the study of the diversity of organisms, which attempts to organize or rationalize diversity in terms of phylogeny

Taxonomy: the technical aspects of systematics, dealing with the formal description of species, establishing rankings of groups, and general principles of classification and naming

Monophyletic Group (Natural Group, or Clade):  a group of taxa which share a derived character.  This is the only grouping which is considered relevant to phylogenetic classification.

Paraphyletic Group: a group of taxa which share a primitive character, thus an artificial group.

Polyphyletic Group: a group of taxa which share a convergent similarity, thus an artificial group.

Phyla a major groups of organisms.  Insects are a Class in the Phylum Arthropoda.  Characteristics of arthropods include:

Observe the live and preserved specimens on display in the laboratory.  Compare and contrast the major Arthropod classes in the table:

There are roughly 32 Orders in the Class Insecta. We will go through a brief overview of the major orders as a group. As we go through, identify each of the photos below with the correct Order, Order common name, and at least 2 physical characteristics that separates that Order from the others. 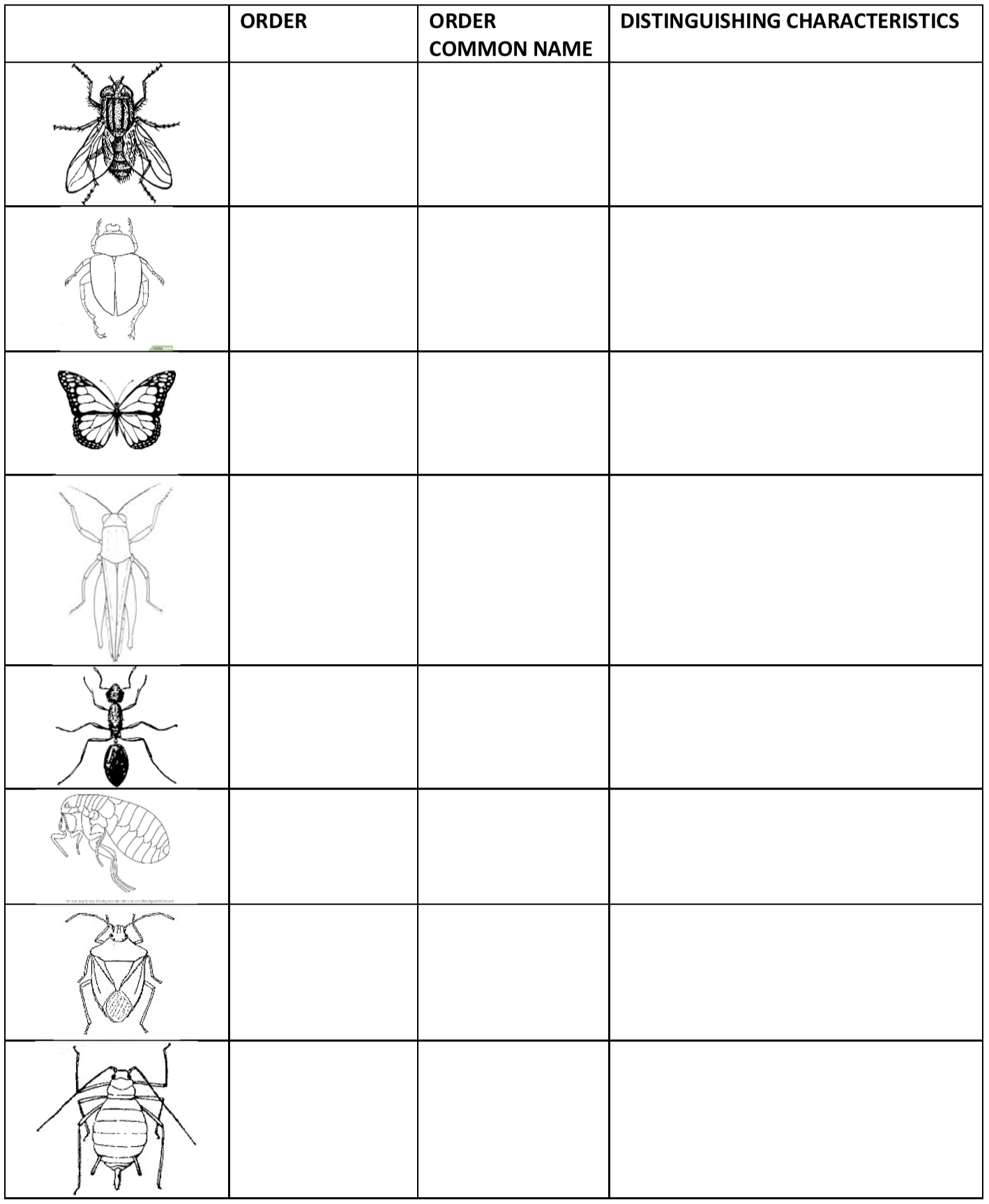 Check each item after making sure it is included in your kit:

You are responsible for the maintenance and return of all materials at the end of the term. If items are lost or damaged, points will be taken away from your overall lab score. Point values have been assigned to each item in parenthesis above.