Book Title: Living With Earthquakes In The Pacific Northwest 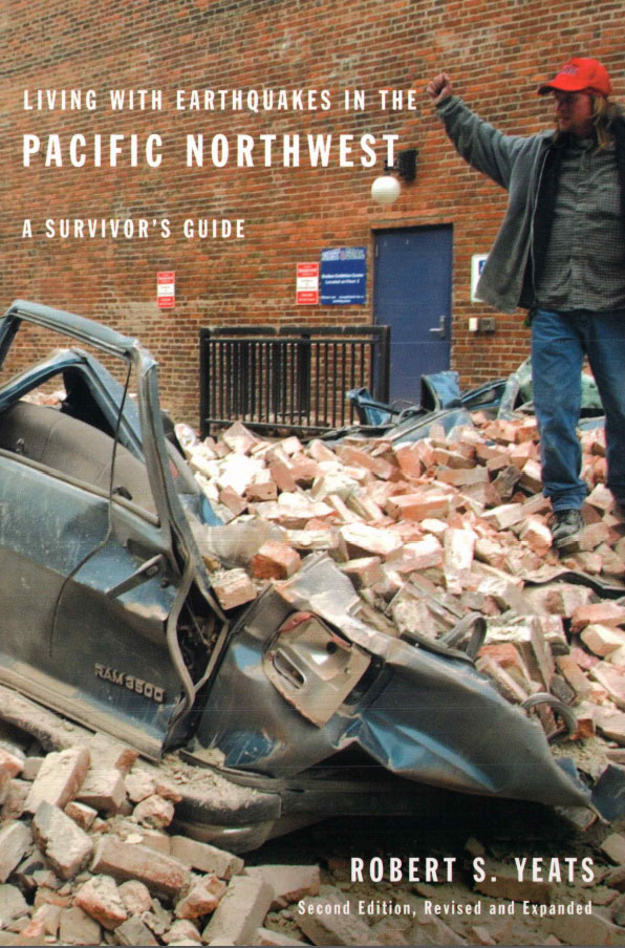 Book Description: The third edition, updated nearly three decades later, tells the earthquake story of the Pacific Northwest. (This includes the west coast of Canada, and perhaps from a Canadian perspective, it should be the Pacific Southwest.) The book presents the evidence for earthquakes, the location of major faults, the danger from tsunamis, the importance of ground conditions, and what we as individuals and as taxpayers and voters can do to make our homes and our communities safer from earthquakes. There are lessons from the Northwest experience to be learned elsewhere in the United States, Canada, and other parts of the world where the earthquake threat is greater than that perceived by the general public.

In this expanded new edition of Living with Earthquakes, Robert Yeats, a leading authority on earthquakes in California and the Pacific Northwest, describes the threat posed by the Cascadia Subduction Zone, a great earthquake fault which runs for hundreds of miles offshore from British Columbia to northern California. New research reveals subtle movements on the deepest part of this fault every 14-15 months — building up strain toward the next major earthquake.

An essential guide for anyone interested in understanding earthquake science or in preparing for the next earthquake, this book is also a call to action. Vivid descriptions of recent disasters — including the great tsunami that swept down the Northwest coast in 1964, the 1993 Oregon earthquakes, and the 2001 Nisqually earthquake — underscore the urgent need for better earthquake planning and awareness.

Living With Earthquakes In The Pacific Northwest by Robert S. Yeats is licensed under a Creative Commons Attribution-NonCommercial 4.0 International License, except where otherwise noted.

Living With Earthquakes In The Pacific Northwest by Robert S. Yeats is licensed under a Creative Commons Attribution-NonCommercial 4.0 International License, except where otherwise noted.

Publication and ongoing maintenance of this textbook is possible due to grant support from Oregon State University Ecampus.